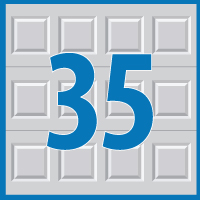 As we close out another season building garages in the Chicagoland area, this year marks one slightly more special than the others.  Announced earlier this year, we are celebrating our 35th Anniversary.  Since 1979, we have proudly build garages for homeowners from Antioch to Oak Forest, with every city in between.

But to commemorate these 35 years, we would like to share with you 35 things that have happened in the Chicagoland area since 1979.

These are just a few of the events that have shaped the area since we began.  Learn more about our history at Blue Sky Builders, and see how you can be part of our growth in 2015 and beyond!