From Garage to Arena: What Bands Started in Garages? 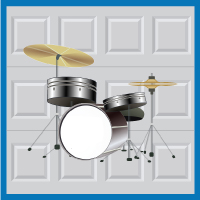 It’s a common misconception that garage bands are the annoying group of teens playing skate punk/grunge/death metal too loud in the wee hours of the morning. Although those do exist, there are many more that got started in a garage, found themselves some limelight, and solidified their place in music immortality.

In honor of the LiftMaster Garage Band Competition, in which the garage door opener company offered amateur bands a chance at the spotlight—mainstaging the Charlotte Motor Speedway 600 and receiving a $5,000 cash prize—we would like to share with you a few bands that started in a garage and now live in the annals of music history.

The following list, by no means exhaustive, includes some one-hit wonders as well as some of the key pieces of music history. We’ve named 10 bands, and provided a link to view a song by each on YouTube.

Who’s the next garage band to make it big? Head over to the LiftMaster Garage Band Challenge and vote for your favorite among the following four bands hoping to win the cash prize and play after the trials at the Coca-Cola 600. By voting, you have an opportunity to head down to watch the race yourself and meet Kasey Kahne. Vote now.

No matter what you do with your garage—office, man cave, laundry room, haunted house—you want it to be built to exceed your expectations. Blue Sky Builders offers custom garages and improvements throughout the Chicagoland area. Check out our garage gallery and contact us to learn more.